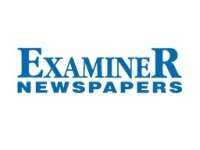 Posted by: Business Armadale Posted on: August 7, 2018
Since 1989 the Examiner has evolved from a community newsletter to a fully fledged weekly newspaper covering the areas of Gosnells, Armadale and Serpentine Jarrahdale with a circulation of 63,717. In addition, the Canning Examiner, covering the City of Canning has a circulation of 35,000 papers (Click here to see the maps for the Canning Examiner).
The growth of the Examiner is testimony to the support provided by the local community and businesses. The Examiner is a locally owned and operated metropolitan and regional newspaper with all staff based in Kelmscott.
Why is the Examiner so successful? Local business people have realised the newspaper is heavily supported by LOCAL business and LOCAL readers. Readers have embraced the newspaper as “their own”. Important news which affects the community, and general information forms a stepping stone for advertisers to reach the householder.
The Examiner prides itself on its commitment to reporting news that is relevant to its readership. We are proud of the reputation we have established. The Armadale/Gosnells/Serpentine Examiner is published every Thursday and the Canning Examiner is published every Wednesday.
Office hours: Monday to Friday from 9am-5pm
Trades and Services
P: (08) 9390 1377
F: (08) 9390 1577
E: trades@examinernewspapers.com.au
Classified advertisements
E: classifieds@examinernewspapers.com.au
Group Advertising Manager (display advertising only)
P: (08) 9390 1377
F: (08) 9390 1577
E: salesmanager@examinernewspapers.com.au
Editorial
P: (08) 9390 1377
F: (08) 9390 1577
E: editorial@examinernewspapers.com.au