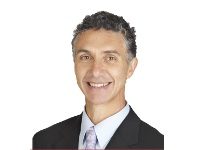 Prior to becoming the Member for Armadale in the October 2010 Bi-Election Tony lectured in law at the University of Western Australia.

After graduating from Kelmscott Senior High School in 1978 Tony entered the University of Western Australia to study for a Physical Education Degree. He has completed further studies at UWA, Australian Nation University, Oxford University and Yale University, obtaining a Diploma of Education, Bachelor of Laws, Masters of Industrial Relations and a doctorate in law.

Tony has worked as a high school teacher, lawyer and legal academic. Has co-produced and co-directed a documentary on racial vilification in the AFL, and written books, articles and other publication on the Stolen Generations, British Child Migrants, human rights, disability discrimination and sports law. His biography of Sir Ronald Wilson, A Matter of Conscience won the 2007 Premier's Book Award.

He has been invited to speak at numerous conferences in Australia and overseas on issues relating to reparations, stolen generations and sports law, and has made presentations at a number for international universities such as Oxford University, Harvard Law School, Yale Law School, Texas University Australian Centre, York University, Trent University and New York University. He has made numerous radio and television media appearances.

Tony lives with his wife, Mandy, and his three school-aged children. He makes a great tiramisu and supports South Fremantle Football Club, the Dockers and Chelsea.

Do you have a question for Tony? Is there an issue in Armadale you would like to raise with him? You can e-mail him at armadale@mp.wa.gov.au